Yesterday morning we had over 5 inches of snow outside. Timothy's favorite food. After watching him follow Matt around trying to scrape the snow off his boots (yuck!), I handed Matt a cup and sent him out to get his boy a "snow cone". 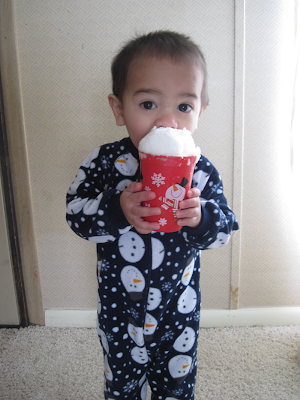 I took this picture and then asked Timothy if he could show the camera his snow. He grinned really big and said, "Cheese Snow! " 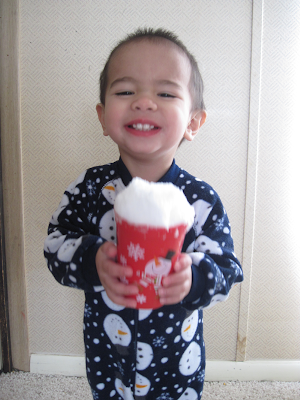 I know what he meant; "cheese!" is what you are supposed to say to the camera and "snow" was telling the camera what he had... it just didn't sound right.
He did finish that entire cup, by the way. I just know someone is going to ask.
Posted by Amanda at 3:30 PM

Email ThisBlogThis!Share to TwitterShare to FacebookShare to Pinterest
Labels: Timothy