Here are some pictures of Timothy's train birthday party. Timothy had the best time ever and so did his new friends- who are also train fanatics! 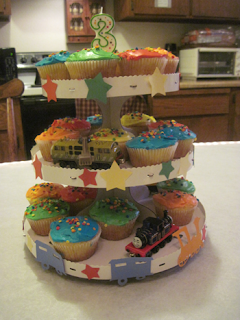 Timothy wanted colorful cupcakes instead of a cake this year, believe it or not he was very insistent on it. So, I decorated a cardboard cake tier with stars and train cut-outs and found some smaller trains that would fit on the cupcake stand, and we put a single candle on top. 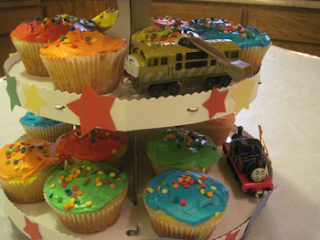 It came out really awesome, if I may say so. 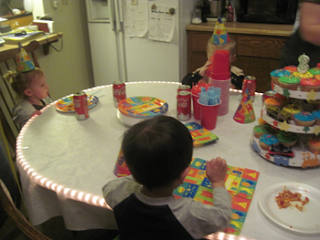 We ate some good food and made a big mess. I'm glad we had this party at Nana's house, our little love nest would have burst at the seams! 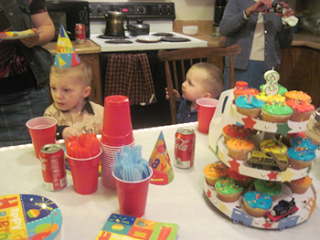 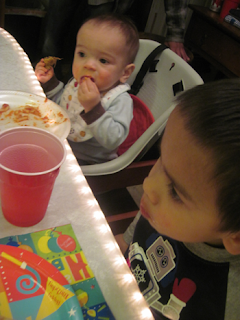 I made this little train game, slightly based on Pin The Tail On The Donkey, where they instead pin the steam on the tank engine. All of the boys loved it- and even the one girl at the party played two rounds. 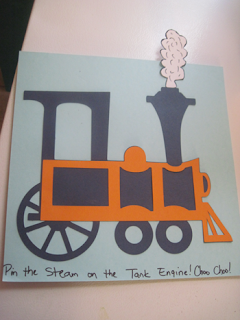 They all clustered their steam in basically the same place. It was pinned up under a window sill, that's about how tall most of them are- I love parties for cute little people! 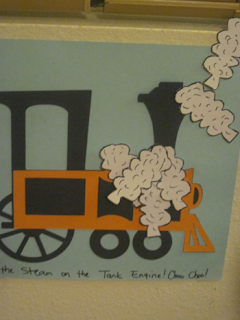 The last game we played was Musical Posters. Basically you write each child's name on top of one large paper. Then you play some music and when the music stops they must stop coloring and switch papers. So everyone went home with a picture that their friends colored with them. 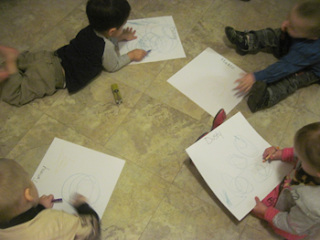 They were distracted by the trains everywhere and kept stopping to play. 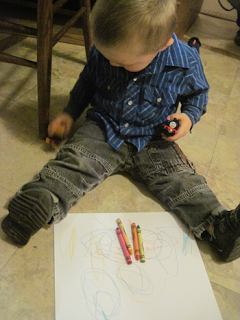 In the end, they had a nice little picture to take home to their daddies or pin up in their room. 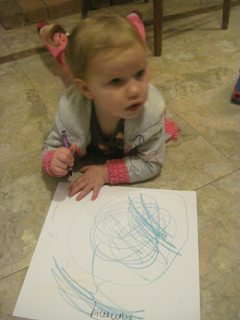 Then it was cake time, or cupcake time. Tim wasted no time blowing out his one candle and digging in. 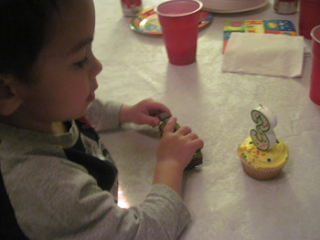 I don't think he could have waited a second longer, because he was glancing at those sweet cakes all afternoon. He was also at the table with me the whole time I was frosting them...telling me when I should change colors and what color to mix next. 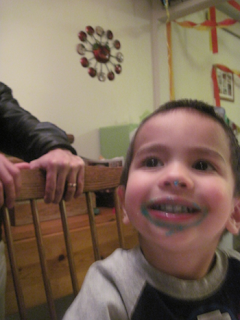 Most of the toddlers only wanted to eat the frosting and sprinkles so we ended up with a LOT of headless cupcakes and colorful faces. 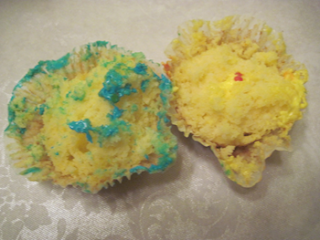 Such a cute face!
His Mommy didn't seem to think so, I snagged this shot en route to the kitchen sink. 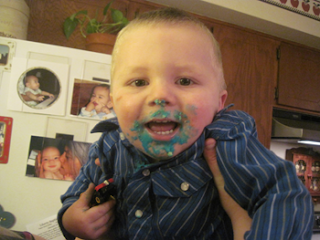 Nathan had waaay too much ice cream from his doting grandpa and ended the party dancing on top of presents! 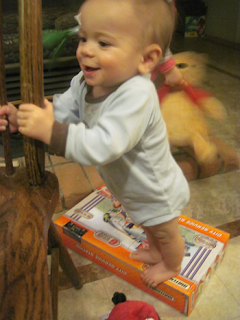 All in all, we had a wonderful 3rd birthday!

Timothy likes this picture- he says, "That's my mommy and Nathan right there." 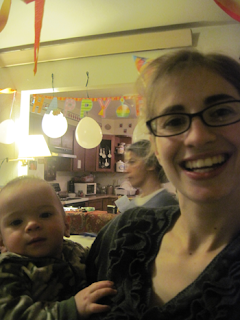