We went to the pumpkin patch for a few hours after church yesterday. The boys were very excited to get to ride on a train. Tim was making train noises and singing the whole ride. 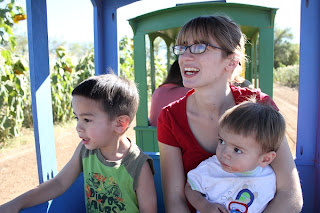 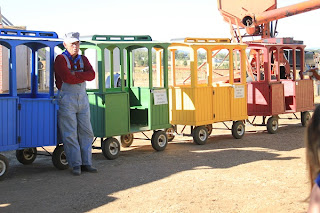 I took Timothy on the merry-go-round. He was much braver this time, since he usually cries and we have to get off as soon as it starts moving. 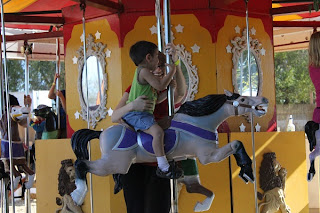 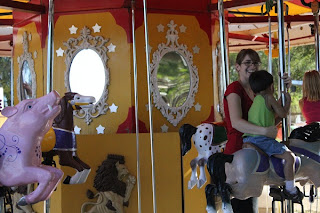 Nathan wasn't too happy being left  in the stroller. 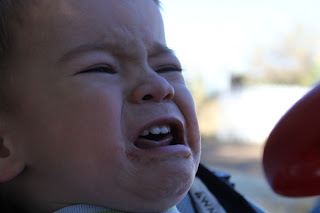 Their favorite part was the petting zoo. There were other animals but they loved the goats. 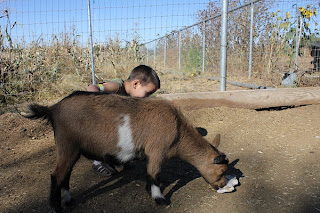 Timothy made it a point to go around and converse with every single goat. He was speaking so tenderly to them and making eye contact, sometimes he would hold their faces. 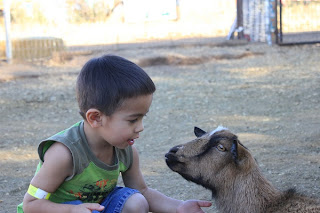 Matt said he was a regular Dr. Dolittle. 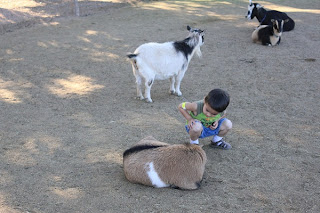 They chose to go to the petting zoo a second time instead of picking a pumpkin. 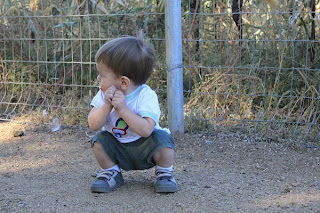 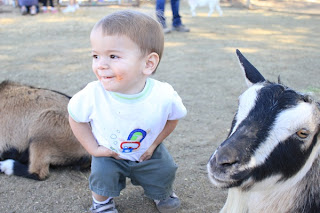 Nathan kept lifting up his shirt and showing the goats his "baby inside". He thinks that all bellies have babies:) 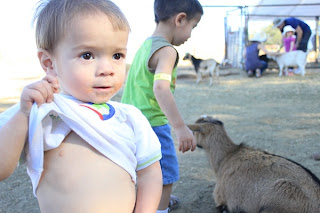 We also went on a hayride but it was hard to get pictures with it being so bumpy. Ate some roasted corn- picked from the stalks in the corn maze- and headed back home to change for choir practice! It was a long, fun day and we all headed to bed beat!